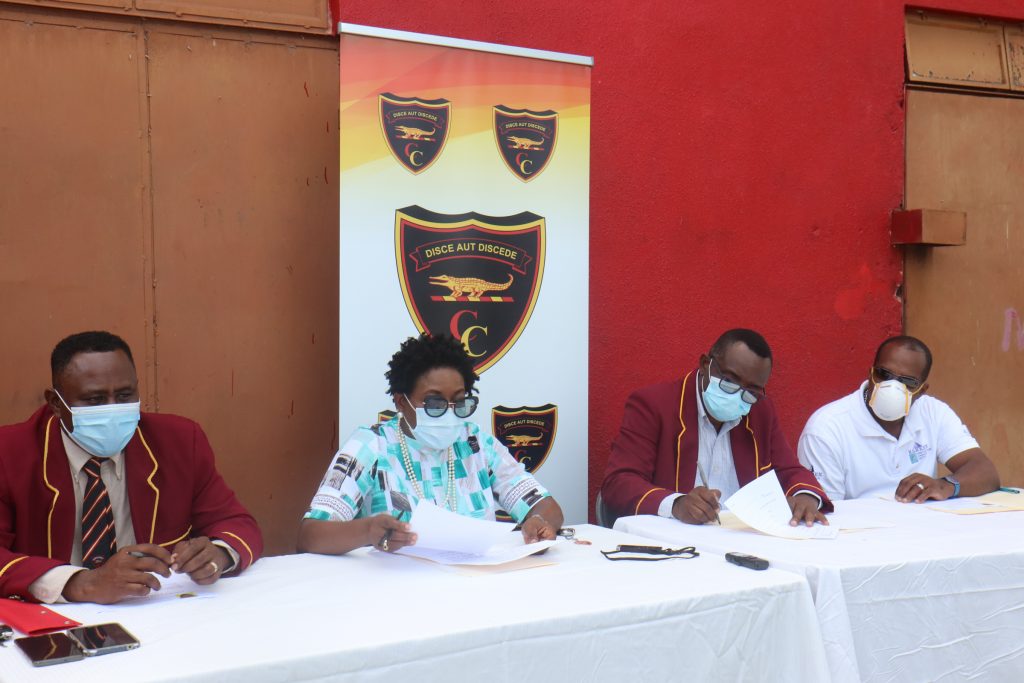 We launched our latest project. We will be upgrading the Science Lab. This project was launched in January 2021 with an expected completion date of June 2021.  View this space for further details. 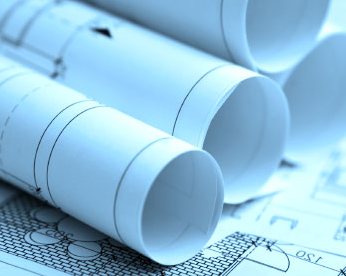 Launched in January 2019 and completed on time for the 2019 semester.

Objective: Renovate the existing bathroom facilities at Cornwall College and expand where needed to meet the capacity requirements of the student population.
Read More 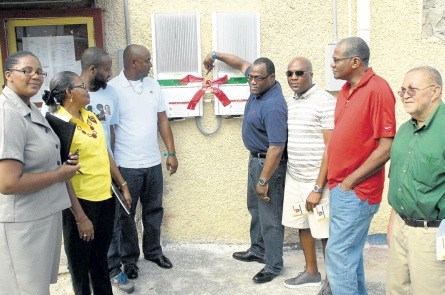 We have embarked on our most ambitious project to date and are currently working on a project to move the school off the JPS grid to solar energy. This project will cost in excess of $200,000 US dollars. The North American Chapters   [New York, Canada and South Florida will be working together to see this project to completion but we need the involvement of the entire Cornwall Community on board.  The school currently pays over sixty thousand US dollars annually for its energy bill and from the anticipated savings generated such will be used to maintain and erect new buildings once the solar project is completed. 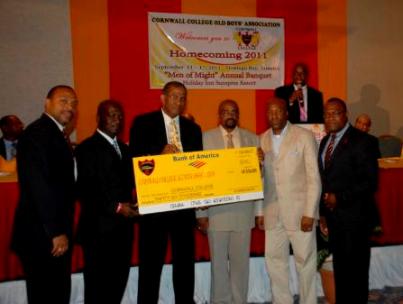 Trevor Tomlinson (President NY chapter), Orvil Denton, Egbert Clarke, Charles “Buddy” Gordon (FL chapter) and Charles Gordon (Canada chapter) hands over a cheque of US 36,000 dollars for the school on September 17, 2011 to Denham McIntyre, Principal of the school. Standing at the podium is Lance Gibbs, President of the Florida chapter 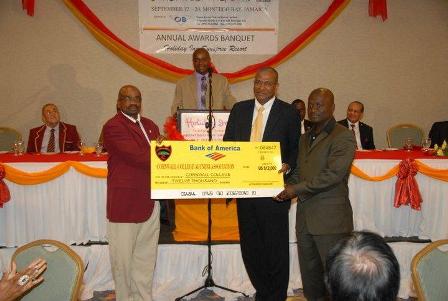 Egbert Clarke and Orvil Denton of the Cornwall College Alumni Association of South Florida hands over a cheque of US 12,000 dollars for the school on September 17 2011 to Denham McIntyre, Principal of the school. Standing at the podium is Lance Gibbs, President of the Association.

Lance Gibbs (center) President of the Cornwall College Alumni Association of South Florida hands over a cheque of US 18,000 dollars to the school on July 18, 2008. Also in the photo (from left) CC’s bursar, Michelle Sterling, Principal Denham McIntyre, Staff representative Claudia Gordon, Gerry Chambers, President of the CCOBA’s Montego Bay Chapter and Egbert Clarke, Orvil Denton, Ledger Kellier and Charles Gordon, all members of the South Florida Chapter. According to Gibbs, the funds represent a combination from several chapters in North America including New York and Canada. 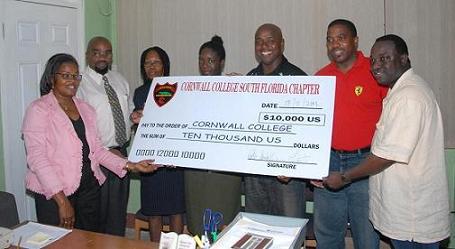 South Florida Alumni Gives to the School in 2007